We spent the weekend plus visiting longtime friends in Brownsville, PA. Jim was best man and his wife Mary was a bridesmaid at our wedding twenty-eight years ago. Their granddaughter was getting married and since we were going to the wedding anyway I agreed to help out and do the photography (among other things, I used to be a wedding photographer). I had gotten a new digital camera and flash unit to photograph my nieces wedding this summer, so since the equipment was available…

Times like this weekend are both exhilarating and exhausting. It was good to see friends. I got in 9 holes of golf with Jim and Anna Marie got to do thrift shopping with Mary. It was time well spent.

As to the wedding, the rehearsal, ceremony, and reception were all demanding. I love digital equipment. You know immediately if the shot is good enough. In the film days you took a lot of extra shots and then you prayed everything would turn out OK, but for two days you held your breath until the proofs came back. Now you know and except for a few rare moments (up and down the isle) you can reshoot almost anything. Digital also allows you to take advantage of the percentages. With two 1 Gig cards I can shoot almost 700 pictures and with my laptop and a little program I wrote I can download the pictures from the chips to the hard drive at lulls in the shooting so the photos are always in two places, reducing the possibility of losing anything (the bane of wedding photography). My wife has a great eye and shoots the backup camera. Altogether, after culling the dupes and removing the obvious bad shots, we gave them two CDs with almost 600 decent photos, some of which I believe really capture the moment (see the example below of the traditional wedding cake in the face shot). 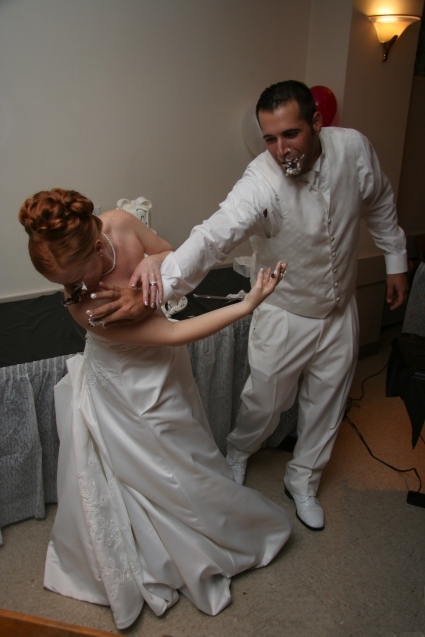 I love photographing people, even if it is hard to get them to relax enough to let the real person shine through the mask many of us wear. I spent some of the time at the reception getting shots of the people at the reception, especially fathers and daughters. Here is a representative example. 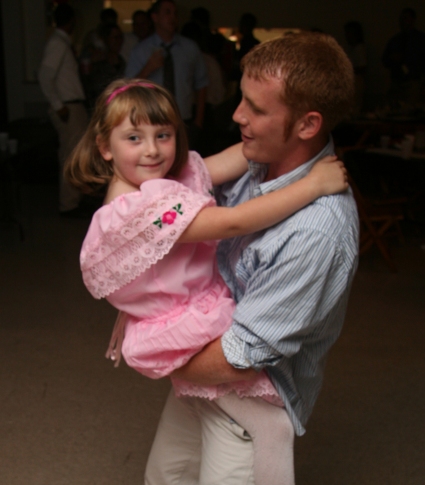 There is always at least one child involved in the wedding that is a ham and this event had several. Below is the sister of the groom who was always ready to ham it up. 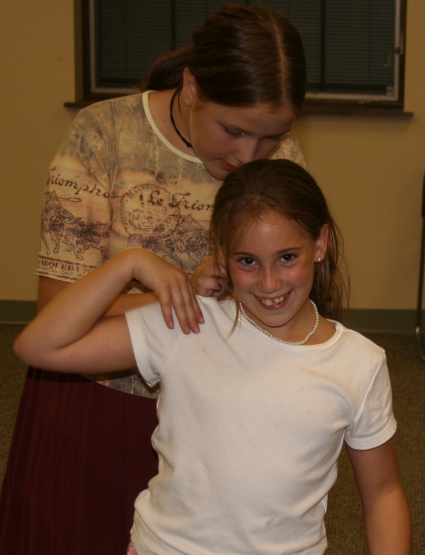 In the end, the most difficult part was culling the shots, doing a bit of image editing (some were too dark or too light) and puting together the two sets of CDs (one as a backup copy) to give to the bride and her mother.

Memories. They are what remain after the event has passed. Preserving the good moments of the past goes a long way to enliving the present and protecting the future.