My brother, James Paul Meisheid, died of a heart attack on Monday afternoon, while out deep sea fishing, something he loved to do. He was with his two brothers’-in-law. His death was sudden, unexpected, and nonrecoverable, despite heroic efforts by his wife’s two brothers and the Coast Guard, who arrived about 20 minutes later.

My sister and I had discussed the Lord with Jimmy (what everyone called him) for years. Born and raised a Catholic, he, like many of his contemporaries, drifted away from the church and any daily personal sense of God and could never raise the desire or energy to come back. Due to their discussions, my sister always thought that the sea was his cathedral. When Jimmy was out on the water, out of the sight of land, with the only sound being the lapping of the waves against the side of the boat, he said he felt close to God. The expanse of the ocean and his insignificance within it, made God feel personal to him.

Jimmy had a big heart, and was loved by many people. Being a Postal letter carrier, who for years filled in for other carriers’ routes, he knew a lot of people. His day always included personal contact with an ever-changing, but regular kaleidescope of people. Being personable, they all came to know him and to enjoy and look forward to his visits. He was that type of guy.

Some of his friends and those he interacted with during his deliveries have posted on his Obituary Guest Book. You cannot help but come away with the realization that he was a people person. Jimmy was someone who could talk with anybody. He just put you at ease.
He leaves behind a wife who became his sweetheart right after high school, a son (senior at South Florida in civil engineering), and a daughter (married, one child, works with and loves children). We will have his memorial service tomorrow. His soul is in God’s hands. His memory is in ours.

God give you rest, Jimmy, in His everlasting arms. You now know the real answers to all the questions raised in our discussions. Grace and peace. 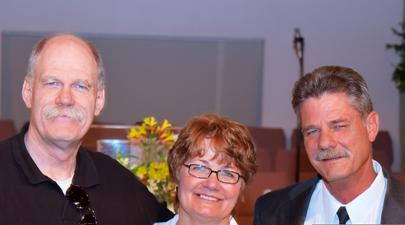 You can see his Guestbook at the local paper here.

6 comments for “God Give You Rest James Paul Meisheid”