When most people think of death they do not usually consider the death of stars. However, astronomers do and from the passing of a star they hope to glean significant information about the nature of stars. In The Voyage of the Dawn Treader, C. S. Lewis’ Narnian tale of a journey to the edge of the world, Eustace views stars as a scientist would: “In our world,” said Eustace, “a star is a huge ball of flaming gas.” But, his companion Ramandu reminds him, “Even in your world, my son, that is not what a star is but only what it is made of.” (page 226) 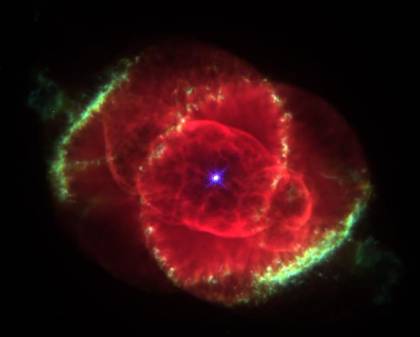 The late stages of Nebula NGC 6543