There is a term for parents whose children (in our case child) have moved out. They are called Empty Nesters. Now as those children face one or more difficulties, some of them are moving back in with their parents. These returnees have been called Boomerangs. My wife and I have been Empty Nesters for several years, and now we are going to deal with a Boomerang and the subsequent changes to our family and social structure that will entail. Our daughter is moving back in with us so she can finish her college degree. She has about three semesters of classes left when you put full time work into the mix.

This new household dynamic will be a situation fraught with potential problems. There will be the loss of privacy, both ours and hers. Then there is the knotty problem of control, on the micro level, such as who pays for what food or who says who can eat what food, as well as the macro level which will have to deal with such issues as who she can have over and under what circumstances. It will definitely be a period of adjustment for all of us. But since we are all sincere Christians, I am hoping that our mutual commitment to our faith and each other will be the bridge that will enable us to cross over any difficult chasms we encounter.

There are many ways to look at this situation and I have chosen to look at it as a fresh chance. Not a chance to fix what I felt I didn’t do as a father the first time around. That is gone and can’t be recaptured, even if I wanted, which I don’t, and with a mid-twenty something that is impossible. She is no child, but a well-formed adult. Instead, this a chance to have a close, daily relationship with someone other than my wife, in which I can grow in the give and take of an intimate relationship between two adults, but it will be one that doesn’t have to deal with the issues of sexual intimacy that so often make growth and resolution of problems so difficult for married couples.

Once we get out of college (for those who did the room and board thing) or out of the military (for those who went that route) there are few opportunities to have ongoing, close-at-hand relationships with other adults. We can get a small taste of that at work, but those people, whether we like or dislike them, are still outside of our really personal space. We always have our homes as our final refuge from the pressure of those relationships. In earlier times, boarding houses were a common feature of the social structure of many small towns and even cities. There you had several unrelated adults thrown into constant personal contact in which many of the walls of privacy were broken down. Those situations are the exception in the 21st century, but the fascination of how people learn to cope in those situations has fueled much of the reality television invasion we have witnessed over the last five years as well as the recently completed series, Friends. In Survivor or Big Brother people are forced to get along with strangers on a daily basis and that aspect intrigues us as much as the stated premises of the shows. In Friends you had a disparate group of people, both related and not, who shared and intruded into the daily fabric of each others lives. On some level we miss that and use these entertainment vehicles as vicarious substitutes.

From a Biblical perspective, empty nesters were not all that common, as extended families tended to remain together and be the dominant environment. It was more like the Waltons than the single adult seeks roommate that we see today. However, with the social changes in the last one hundred and fifty years and the disappearance of historic extended family households, we have longed for, but seldom found Friends to resupply our adult-to-adult relationships.

So, I am looking forward to my daughter coming to live under our roof for the next year or so. Yes, there will be difficult challenges, but there will also be the joys of sharing daily activities with another adult who is not my wife (not that I dont enjoy sharing with my wife, I do). What I am hoping is that through my growing interaction with my daughter over the coming months I will learn how to be a better friend to the other people God brings into my life. And, even though I am still and will always be her father, this will be the time when I will have a chance to become, to a degree, my daughters friend. I am looking forward to the opportunity and I am praying that God will give all of us the grace necessary to pull this off. 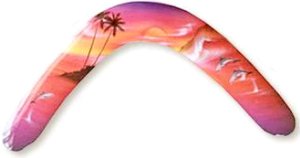